Embassy of India, Stockholm is pleased to announce that Dr. Carani B Sanjeevi MD, PhD, Faculty in Karolinska Institute and Senior Scientist in Centre for Molecular Medicine and Dept. of Medicine has been awarded the prestigious 'Pravasi Bharathiya Samman Award' for the year 2016, by the Government of India. Dr. Sanjeevi received the award from the President of India on the evening of January 9, 2017 in Bangalore on the concluding day of the Pravasi Bharathiya Diwas Conference.

The Pravasi Bharatiya Samman Award (PBSA) is the highest honour conferred on overseas Indians or Person of Indian origin by the Government of India in recognition of their achievements both in India and abroad. The Award has been given to Dr. Sanjeevi for, 'Eminence in one’s field or outstanding work, which has enhanced India’s prestige in the country of residence'.

The award includes a certificate and a gold medal. 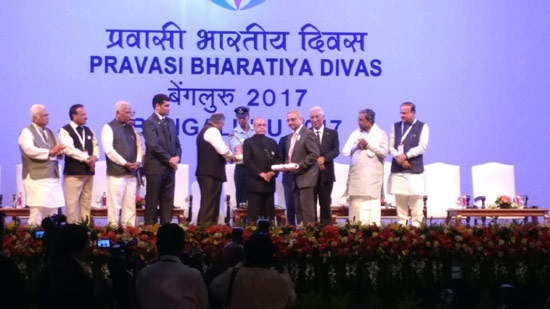 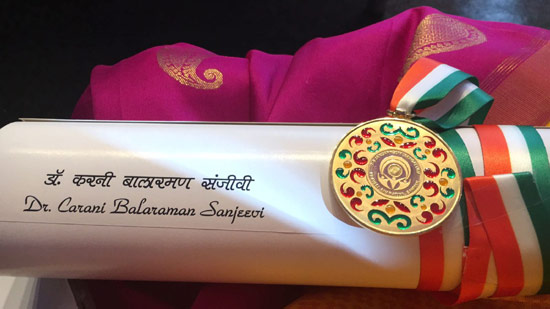 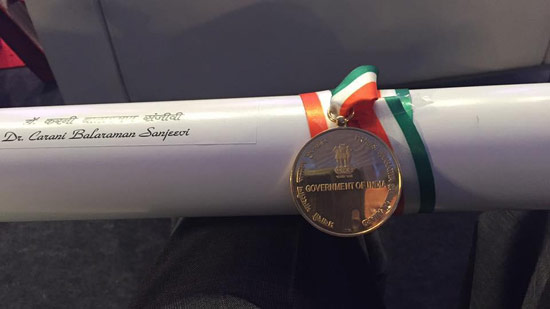 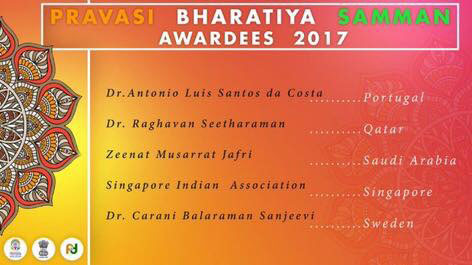